January 31st – just squeaking in under the wire to write the blog post that I challenged myself to do once each month for the first quarter of the year.  I was thinking of writing something else entirely when an Armitageworld friend brought this to my attention: 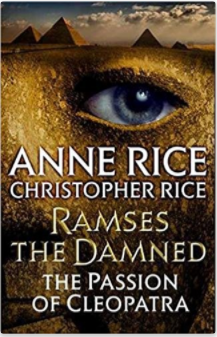 If I had to paint a picture of my reaction to the publication of this book…a sequel 20 years in the asking…it would be something like this: 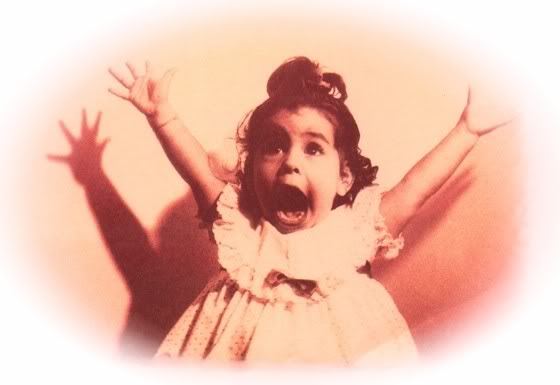 Once upon a time, almost four years ago, Jazzbaby and I found out that we both had really enjoyed Anne Rice’s The Mummy, or Ramses the Damned.  Rice is perhaps best known for her vampire novels and I’ve read and enjoyed a number of the adventures of Rice’s generations of vamps, but I really, really loved The Mummy, so it was fun to talk about the book with someone who also shared another interest with me.  *cough*  This other shared interest led us to a common Armitageworld occupation – dReAmcasting.

Jazz and I worked our way through the main characters in The Mummy and by the end came to the conclusion that Richard Armitage would be a great choice to play an ancient king turned immortal wanderer who still suffered acutely from all too mortal emotions and decisions.

Looking back, I stand behind all of our dReAmcasting choices, and I can’t wait to get my hands on the new book so I can read it with Richard Armitage in mind as Ramses the Damned. Move over Matthew Clairmont (as it happens, apparently that role has been taken anyway) there’s a new supernatural being in town!! 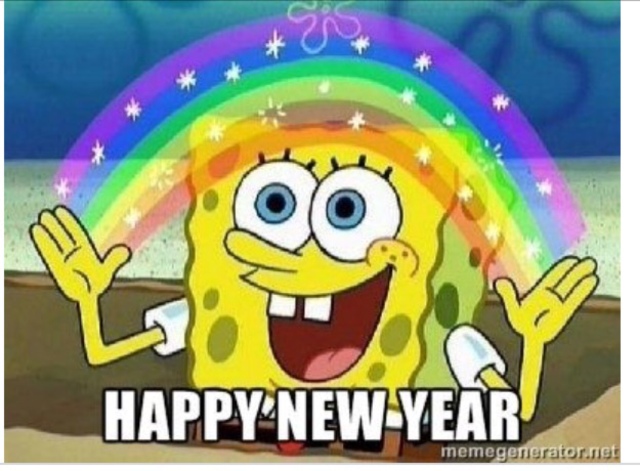 I read a thing on Facebook recently (which naturally, I cannot find again) that said something along the lines that 2017 was a year full of problems of all sorts, and dealing with them stifled the creativity of many people.  It went on to offer a wish of renewed creativity to all in 2018.  I really couldn’t agree more!  You may or may not know that in addition to following the career of Richard Armitage, I am also a long time fan of SpongeBob Squarepants – in fact, I find that there are few occasions in life that can’t be connected to a SpongeBob episode.

Case in point:  Looking for the 2018 return to creativity this morning, I ran into the little image above…fellow SpongeBob fans will know that the the rainbow over his head appears when SpongeBob arcs his hands and says,

Works for me.  I don’t usually set minimums for myself, because I find that they are far too easily broken as goals, but in terms of blogging, I think I’ll look at it as a challenge to ease myself back into regular posting.  So here’s my thought:  in the first quarter of 2018, I’ll post at least once per month.  In the second, at least twice, and so on.  I think setting some reasonable goals for myself might be just the ticket to unlocking my creativity vault..

In other news, the upper midwest has been a deep freeze over the Christmas/New Year’s holiday – can you say, “Cabin Fever?!”  Since we’ve been cooped up, we’ve been experimenting with our new favorite kitchen gadget, the SodaStream Fizzi that I got as a gift from my parents.  I’m hopeful that the omnipresence of fizzy water will help me break my soda swilling ways in 2018!  I’ve also been assembling ingredients to try out several TASTY recipes that I’ve been binge watching lately (I’ve also made a pledge to myself to stop eating so much junk in favor of cooking and carrying.)

Last but not least (I rushed Super Glam Daughter to get ready to leave, so I dare not dally…) is a very exciting announcement of travel in 2018. 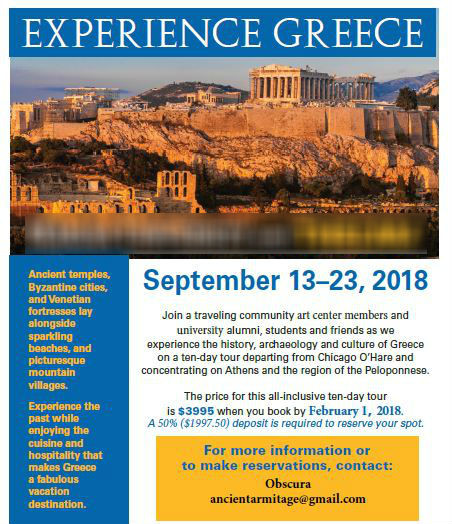 Here’s to 2018 – a year of renewed creativity and expression!