The Latin word for today is INTELLIGERE, a third conjugation verb (in the infinitive form) meaning to understand or comprehend. 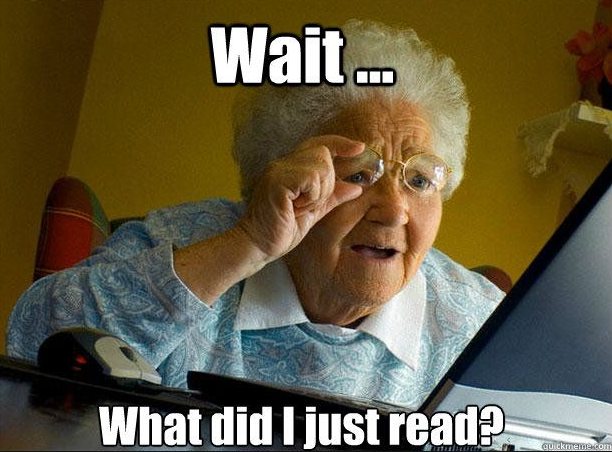 After the past few days, the phrase non intelligere populo, the idiomatic Latin for “I do not understand people,” may become my new fandom mantra.  I’ve been observing the dynamics of this fandom for about four years now, and it has become very clear that certain patterns of behavior are quite predictable, and they inevitably provoke the same response from me.  This week, the predictable behaviors and my inevitable response have grown to the point of acute distraction, so I’m prompted to go on record in an attempt at some cathartic relief.  Please note that while I am remarking on general trends in the fandom, my reactions to them are mine – you may agree, you may not.  I am at no point saying that other fans do not have the right to feel the way they do, but their rights do not by definition negate mine or anyone else’s.

My current declaratory mood vis a vis fandom might also be influenced by the fact that I’ve been reading Locke and Voltaire with my Aesthetics class…The Englightenment and the Age of Revolutions (July 4th is just around the corner…) that followed seem to have left a mark, so following is my Declaration of Fandom Independence…

When in the Course of fandom events, *ahem*

One of my major personal issues with the notion of fandom is the sort of artificial hierarchy that exists within it.  Obviously, as the expressed object of affection, Richard Armitage sits at the top of the hierarchical structure, and I acknowledge that in the sense that he is a remote figure of admiration for a lot of people to whom he is otherwise unconnected.  The problem is how this relates to me (and all of us) as a fan, but more importantly, as an individual.

Among the things that have been bugging me this week, and many times in the past, is the notion maintained by some fellow fans, whether it is implied or explicitly stated, that Richard Armitage is somehow better than the rest of us and as such, above question or reproach.  This is a notion that is central to my issues with hierarchy and I have fundamental problems with it and fan reactions that stem from it insofar as they often seek to discipline the reaction of other fans. 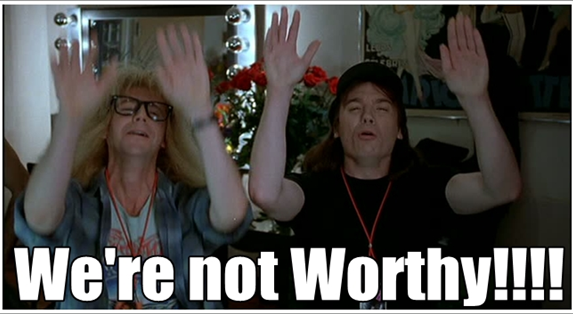 Obviously, Richard Armitage enjoys (?) a celebrity status that I am unlikely to ever attain.  It’s a status he’s earned as a practitioner in a workplace that generates celebrities and it’s what drew me to him in the first place – he’s a talented, compelling actor.  He also appears to be a genuinely decent human being in a celebrity landscape that is known for a fair amount of questionable behavior.   These things make him stand out and are at the heart of why I have spent a whole lot of hours in the past four years offering accolades to his acting talent and admiring his humanitarian spirit.  I don’t put that kind of time into people and things I don’t care about.

The thing is, in my universe, these qualities alone don’t serve to nominate him or anyone else to the seemingly infallible, quasi-divine status that some fellow fans insist he is owed. (BTW…I am not saying that he believes this to be true of himself, nor that he can control the reactions of his fans)  While I can and do admire Richard Armitage, I don’t believe that celebrity, talent and basic decency make him better or more worthy as a human than me (or us).  I know dozens of people who are talented in their careers and who are decent human beings, so those qualities alone are not indicative of perfection or divinity.

I’ve never considered myself to be brimming with self-confidence, but here is what I know for sure in terms of my equality with Richard Armitage…I am of a similar age, of a similar socio-economic upbringing, better educated, well traveled, successful in my career and actively engaged in charitable and humanitarian work.  I suspect that I also share a fair amount of similarity with him in terms of social and political leanings.  In that sense, I put him basically on the level of a peer.   That is, while he is superior to me in wealth and celebrity, he is not in terms of age, education or human experience.  As such, while I would never argue that I am “better” than him (seriously…apart from being unsupportable, that is just plain rude) I also reject the notion that I (we) am inferior.

This putative Armitage Superiority Syndrome (I wonder if there is a catch acronym there?) is also at the heart of the other issue that is really getting under my skin lately…that being the increasingly pervasive notion (especially in the Twitterverse) that no one should ever, EVER dare to question or disagree with anything Richard Armitage utters.  Apart from being dangerously close to sycophancy of the first degree, this is neither realistic nor healthy within a community.

Since I’ve already established the reasons why I don’t consider myself (or any fan) to be inherently inferior to Richard Armitage, I’m puzzled as to why I (we) must not ever question or disagree with him.  Healthy discourse must include both questioning and reasoned critique.  I can’t imagine, that as an actor, Richard Armitage has never been on the receiving end of critical analysis of his performances from outsiders.   Constructive criticism is key to growth in all manner of areas and is not inherently indicative of censure, disapproval, or disdain (or disrespect, “hating”, etc).

For instance, as a mother, I love my children unreservedly, but my unreserved and unconditional love for them does not mean that I abstain from telling them when they are being idiots.  My children are bright, clever and accomplished, but they are far from perfect in their behavior, in fact perfection is a horrible burden to impose on anyone.  I consider it my most important job in life to make sure that they understand that while I love them regardless, sometimes their behavior will draw my criticism.  When that criticism is offered, it is not out of malice or disrespect, it is to teach them how to make a better decision the next time.

I am also an educator, and a very large part of my job is offering constructive criticism on student performance.  Thus, reasoned critique is a central part of both my personal and professional life – both giving and receiving.  I don’t seek to humiliate or disrespect anyone, and I don’t think that I’m always right, but I do believe that we all have the right, and perhaps the responsibility to respond or disagree when something seems off to us.  This includes when that something is something related to Richard Armitage, yet I have regularly witnessed certain groups of fellow fans who stridently insist that no one has the right to do this.

Here’s where the situation gets out of control for me…increasingly often, the very same fans who insist that Richard Armitage must be sacrosanct from any disagreement or criticism, often labeling even the most benign comments as abusive or bullying, have absolutely no problem with turning right around and launching abhorrent, ugly invective at fellow fans.  The circularity of the logic is dizzying!

Here’s what it comes down to for me.  Everyone has the right to state their opinions.  That means everyone, me, you, Richard Armitage, everyone.  However, the right to state an opinion does not negate the rights of others to disagree with that opinion.   This applies to everyone as well.  Disagreement is not the issue here.  Disagreement and reasoned argument are central to healthy discussion.  It is when differing opinion morphs into vitriol and attack that discussion dies…and this seems to be happening far too often in fandom these days.

At the end of the day, I can only control my own behavior.  I know that there will always be a certain level of dispute within such a varied and diverse group as this fandom, but I might hope that we can all find a way to co-exist without intermittently beating each other up verbally over our varied expressions of regard for the same person.