A quick perusal through a gallery of images will confirm that Richard Armitage has perfected his version of a chin down, eyes down partial to full profile look, especially for fashion/artistic style shoots, to great effect.  I had the one below (Keith Clouston, 2011) in mind when I was walking through the Met earlier this year. 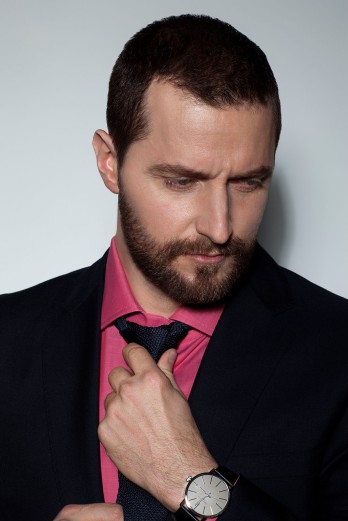 Most recently, another from the plethora of images shot by Robert Ascroft in December 2012 displays a similar look in a 3/4 body pose. 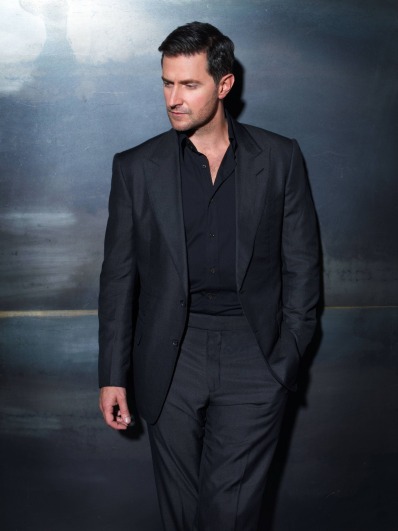 I’m not looking at you….
Robert Ascroft – December 2012
Source: richardarmitagenet.com

These images and this pose have struck a chord with me from day one, and I finally figured out why.  In part, I like them purely because I’m fascinated by the angular lines of his face that are set off so beautifully in profile, but also because of the quiet, contemplative tone of such images.  There is a certain serenity, but perhaps a bit of sadness.  This pose, and how Richard Armitage inhabits it reminded me distinctly of several images from Greek art…

Greek art, especially sculpture and vase painting is full of scenes of men engaged in action – athletics and warfare especially.  It is much less common to see men purely at rest, unless it is in a scene of banqueting, but those scenes don’t really convey the same sort of stillness and introspection of the images above.  For classical Greek men it seems, stillness and contemplation was reserved for situations when death was prominent. 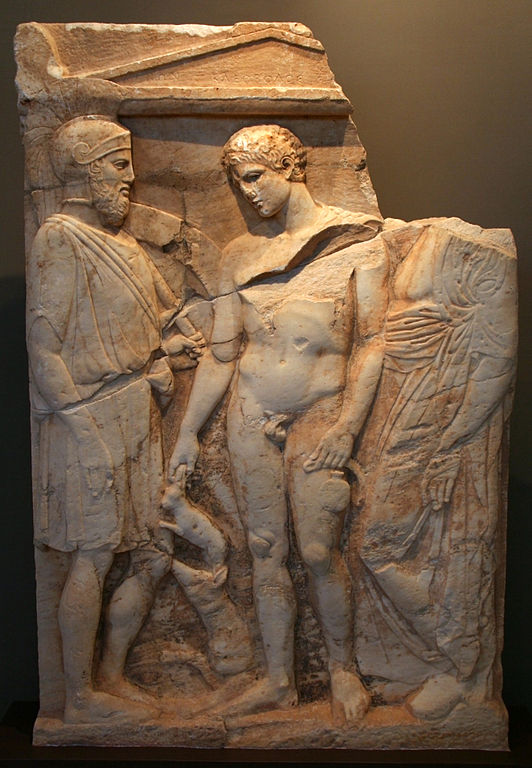 Above is a funeral scene where a young man in a similar pose…body relaxed, chin down, eyes down as he looks to the ground contemplating his life.  This is the figure of the deceased depicted on the stone, or stele that would have marked his burial.  This pose is quite common for funerary art…the figure of the deceased avoids eye contact with the living – a sculptural indication that he’s no longer of this world, but belongs to the Underworld.

Below, we see Odysseus in a scene from his trip to the Underworld (Odyssey, XI) in which he is conversing with the shade of his recently deceased comrade Elpenor.  Odysseus, though still alive, exhibits the same pose of quiet contemplation at he listens to Elpenor’s story. (One other place this pose frequently appears is in scenes where warriors are preparing for battle…ie, where death is a distinct possibility.)   These scenes are poignant, emotionally evocative, beautiful in their way. 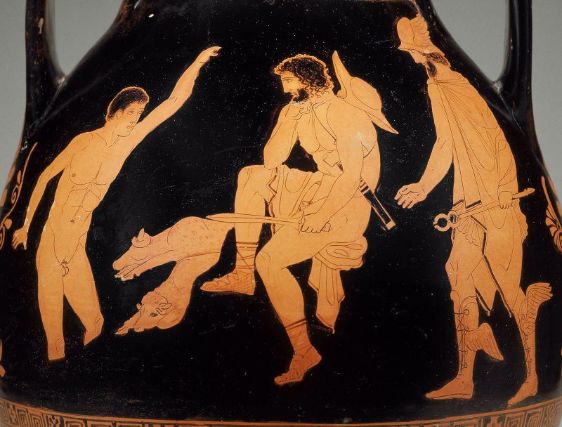 Scene from Homer’s Odyssey – Odysseus visits the shade of Elpenor in the Underworld
Source: Museum of Fine Arts – Boston

Clearly, similar images of Richard Armitage are not meant to convey any notion of funerary sadness, but they do have the power to evoke strong emotional responses…I don’t think it’s accidental that photographers consistently capture this look, it’s a good one for him… ὅ παῖς καλός! 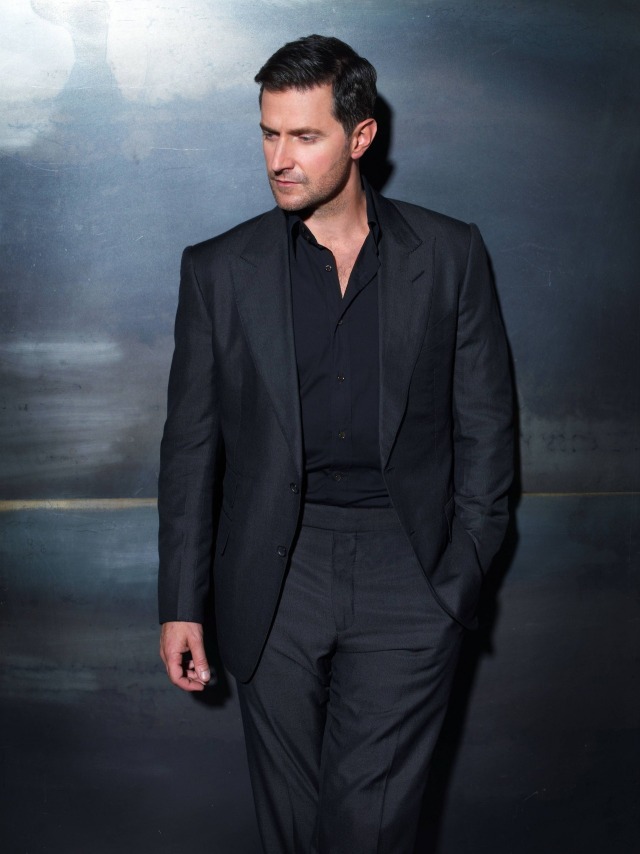 (Incidentally, at the risk of displaying my complete ignorance of men’s fashion…are those sans-a-belt trousers?  🙂 )