I don’t know why it didn’t strike me sooner – 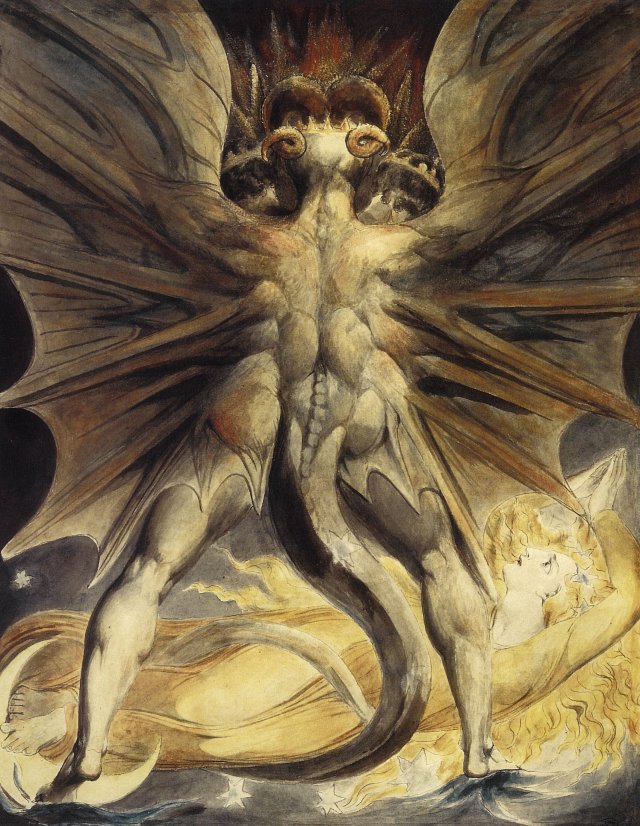 maybe because Blake’s dragon is so much more anthropomorphic, it didn’t trigger a visual memory for me?  I’m not entirely sure, but with all the talk of dragons in the neighborhood, I did want to point out that the classical tradition is full of both stories and images of dragons…and quite of few of them are noticeably ruddy: 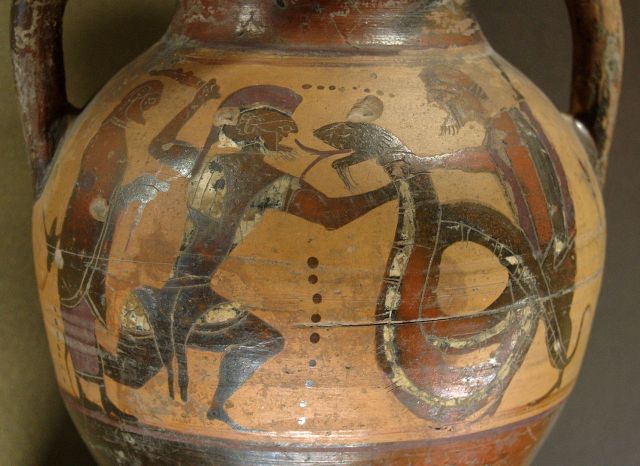 When Cadmus slayed this dragon and planted his teeth, up grew a race of fierce, armed warriors known as the Spartoi.  Speaking of teeth,

Once I started looking, I realized that I had gravitated toward examples with a decided display of red scale action going on – red is certainly common enough as a color in classical art – but I can’t help but think I’ve been distracted by the dragon du jour… 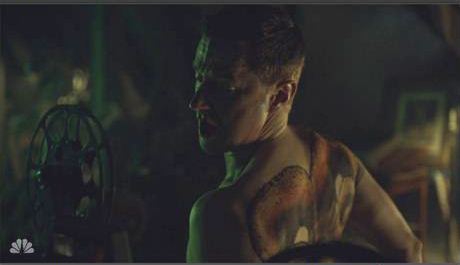 This scene…the end of which I will admit to shaking my head at...made me think again of the sort of visually metamorphic quality that Richard Armitage is bringing to these phases of Dolarhyde’s transformation into the Great Red Dragon – no wonder I can’t get this particular dragon out of my head!

An aside because I’m to lazy to do it separately at the moment:  When I watched the opening scenes of Ep 8 where his body contorts as if something is moving inside of him,  I was thought of a burgeoning chrysalis as it contorts to reveal the new being within, but upon inspection, it wasn’t quite right.   An then it struck me…I know exactly what that sequence reminded me of…

This is not one of my very own emergent “dragons” but I do remember the feeling!

8 comments on “Variations on a theme…”