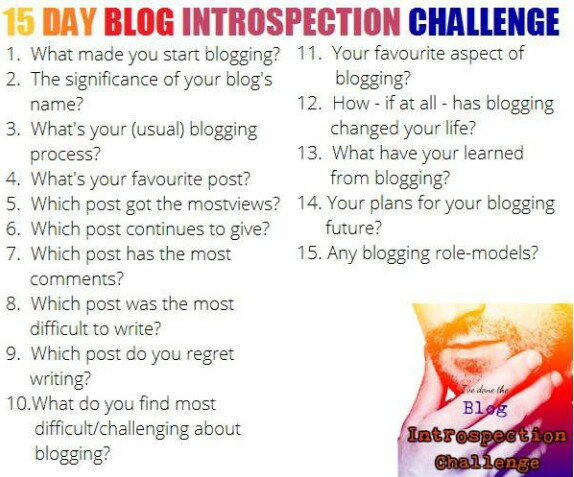 Here I am, bringing up the rear again…it’s like 6th grade gym class all over again  😉

The third question on the 15 Day Blog Introspection Challenge is to describe one’s usual blogging process.  Hmmm.  From a logistical standpoint, it’s fairly consistent – I blog directly into the WordPress textbox in the “Visual” mode.  This is harder or easier depending on the device I’m using – easiest on a PC, hardest on the iPad – yep, actually easier on my Android phone – something about WP and iPad is not sympatico, but I’ve made them all work in a pinch.  I think I’ve only had to re-create one mostly complete post from scratch since I’ve been pretty luck with the auto-save function.

I’m not a big draft writer.  Sometimes I draft a title as a reminder of a topic, but I just checked, and there is currently nothing kicking around in the “Drafts” tab.  That’s not to say there’s nothing in various stages of completion that I haven’t applied to text yet…(ie, it’s kicking around in my head, waiting for clarity or opportunity to present itself)  I generally write a post over a period of a few minutes to a few hours, edit it, publish it, curse at the missed typos, edit it again and update.  (I almost never post date publication because I’m totally paranoid that it won’t work.) 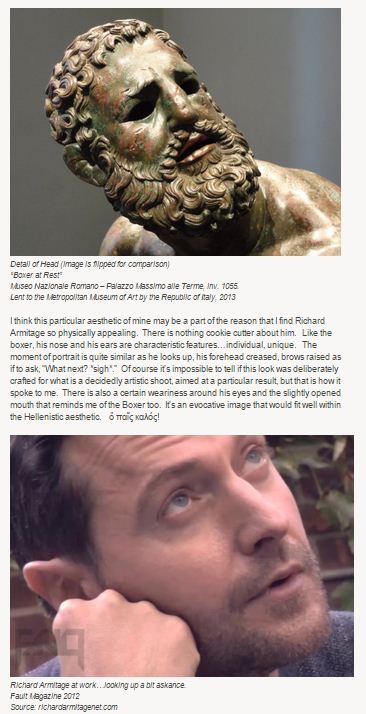 Sometimes I see an image of Richard Armitage and “eureka!!” 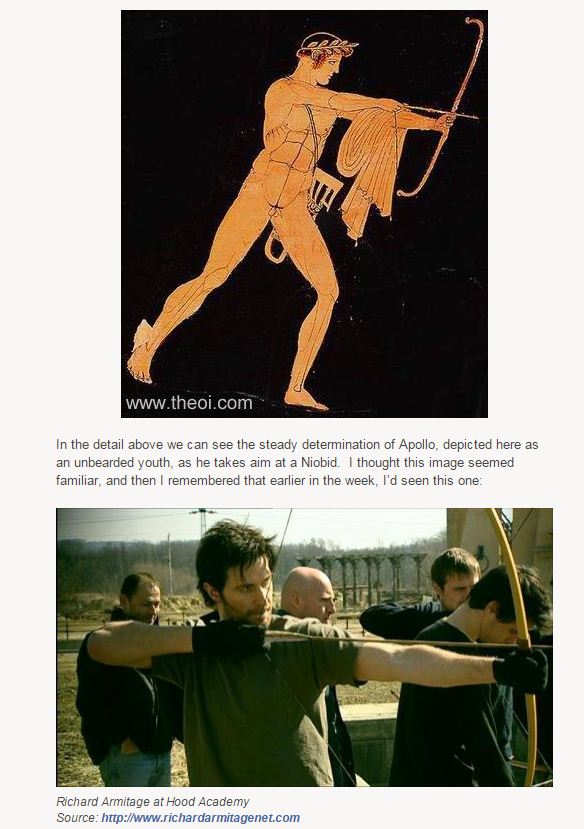 It’s a little different process for each of the different post variation.  ὅ παῖς καλός posts are celebrations of the physical beauty of the man and his component parts, while the Roman Virtues series began as a reflection on a level of GRAVITAS that I perceived…and generally expands when I’m struck by some behavior or action by Richard Armitage that connects me back to the virtues.  Sometimes something completely random strikes me Armitag-y.  Sometimes I have a thought in the car on my commute, sometimes I have an unexpectedly sweet dream…

I don’t really plan a whole lot.  Usually, posts happen pretty organically.  In fact, every time I try to implement some kind of structure, something wonky happens that derails it –like the time I rushed to post a news tidbit that inadvertently displayed my university email address on it…oops –  and I revert to a more or less natural flow of ideas.  I kind of like it that way…I find that if I try to plan too much, the whole thing feels forced, and I’d far prefer sporadic spontaneity to scheduled stiffness.  (sorry…I did it again!!).

I’m not sure if that is exactly the answer that I was going for, but, that’s my “organic” response (and it’s 10:30pm and I have an hour commute home on deck…) so I’m going with the flow.  That’s my story and I’m sticking to it 🙂