darn my WP reader…I think I have it fixed now – Thanks Perry!!

I could only think of one childhood book that I remembered and while I recall it fondly, almost sentimentally, there isn’t much to write about it and, as it is a collector’s edition now, donation is impractical. The book, passed on by my cousin, was Kiki Dances by Charlotte Steiner. 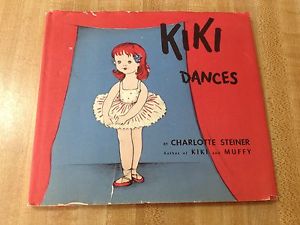 Instead, for the Spread the Love Children’s Book Challenge sponsored by Jazzie and Obscura, I’ve chosen to write about an historical novel I taught to seventh graders (ages 11-12), The Light in the Forest, by Conrad Richter (1953).

The Light in the Forest takes place in 18th century Ohio and Pennsylvania, and is based on a 1764 event in history when an American colonel ( also a character in the book, Colonel Bouquet) marched into Ohio with 1,500 soldiers and ordered that the Indians return the white prisoners they had captured.